Fully affiliated to the English Shotokan Academy and Karate England, the club has firmly established itself as a centre of excellence for Karate. Within a little under six and a half years the club has guided over 50 members, both home grown and adopted, to successful black belt gradings.

In 15 years the club members had collectively amassed over 200 trophies from Regional, National and Open tournaments, with two members also selected for International duty and no fewer than 50 first place honours being taken for kata or kumite. November 2005 saw the introduction of the club’s own competition, exclusively for members, along with specific members awards for achievement and commitment to the club.

In 2005 the club attained Accreditation through Sefton Sports Council for club mark and in the same year club member Alex Wright was awarded the Junior Sports Personality of the Year award for Sefton. In 2006 the club was highly commended for Sefton Council’s Sports Club of the Year award and instructor Rob Willis was named Sefton Council’s Coach of the Year. The club’s outreach work has also seen the facilitation of karate as a GCSE sport option or for Duke of Edinburgh Award in local high schools and as an after school activity for primary school children.

Beyond karate The Southport Karate Academy formerly West Lancs has placed itself at the heart of the community. Each year we run a sponsored kumite event for various charities and since 2004 raised over £7,000 for good causes, including Macmillan Cancer Relief, Queenscourt Hospice, Comic Relief and the Southport Pier Restoration Fund.

A strong social side to club has also evolved, with regular functions taking place, including such activities as white water rafting weekends and paintballing. Our members appreciate good karate and a good time! 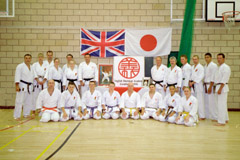 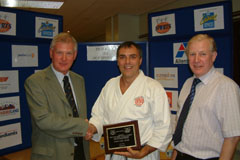 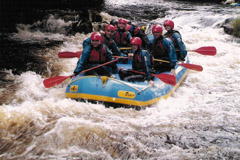 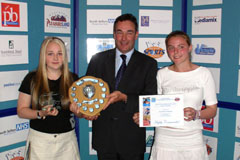 Southport Karate Academy
Telephone +44 (0)1704 507090 • E Mail - This email address is being protected from spambots. You need JavaScript enabled to view it.